I see a lot of online lists celebrating the culinary world in New Orleans proper. And no doubt, the city’s cuisine is to be celebrated! But I thought I’d dive a little deeper into some tasty eats for suburbanites like myself. These treats are easy to get to or obtain. And best of all, they’re full of that magical tangy-sour-sweet flavor combination humans can’t get enough of. (Maybe I just made a big generalization there, but I don’t think I’m wrong!) 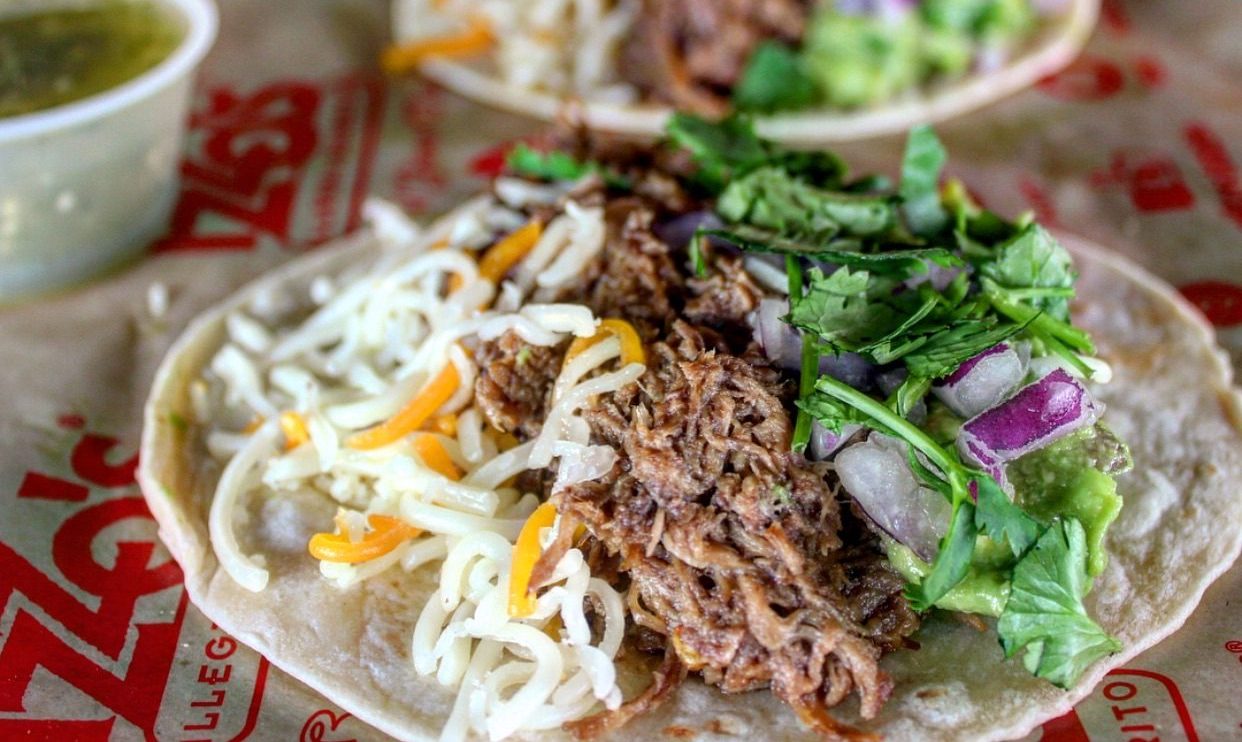 Izzo’s Illegal Burrito is a regional chain in the grand tradition of Subway. Only instead of mediocre sandwiches, they create made-to-order, delicious tex-mex food, including the aforementioned burritos, tacos, nachos, quesadillas and more.

(You may have noticed that I didn’t mention the two dominating national chains that also do this – Chipotle and Moe’s Southwest Grill. That’s because when I’m craving quick service Mexican, those restaurants do not even enter my thought process.)

Among the many options for protein, you’ll find a “braised pork shoulder, rubbed with garlic, chile de arbor and finished with Coca-Cola® glaze.” OK folks, this stuff is bomb. The meat is never dry, always full of flavor and slightly spicy. Of course the ‘sweet’ comes from the caramely goodness of Coke. This touch makes it so delectable.

And what’s great is that you can customize the surroundings of this yummy pulled pork. I’ll typically oder the Street Taco Combo simply dressed with shredded cheese, black olives, pico de gallo and lots of extra cilantro. Or you can get a monster-sized serving in an ‘illegal’ burrito.

The choice is yours. But always choose the pork. 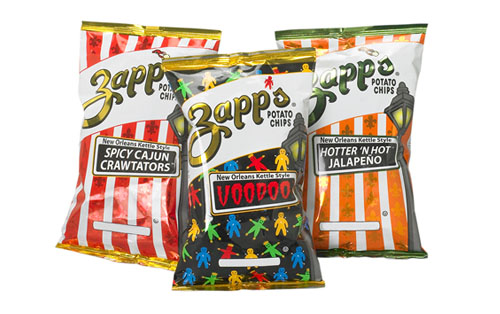 I can’t claim to have tried all varieties or flavors of potato chips in existence. But I’m pretty confident that in a taste test pitting Zapp’s Voodoo Chips against all of the world’s competitors, it would finish in the top five. They’re that good.

Back in the 1990s Zapp’s (the little kettle chippery in Gramercy, La. which has since been bought out by snack food giant Utz), introduced a limited release flavor called ‘Caribbean Crunch.’ I adored these chips and suspect Voodoo chips use the same sugary, tangy formula. So when I tried Voodoo, I was immediately hooked. I’ll explain.

Zapp’s on their own are the crunchiest, most flavorful chips around. They’re so good Zapp’s even sells a no salt added variety – just potatoes and peanut oil.

The Voodoo flavor is best described as ‘sweet and sour.’ In fact, you’ll find sugar right ahead of salt on the ingredient list. In addition to turmeric, garlic, paprika and natural smoke flavor, the chips are also coated with granular monosodium glutamate and citric acid. This basically makes them the potato version of a highly addictive Sweet Tart.

Try them. Savor them all, especially the ones at the bottom of the bag that are covered with more flavor magic. They’ll put a hex on you. You’ll never buy another type of chip again. Ever. 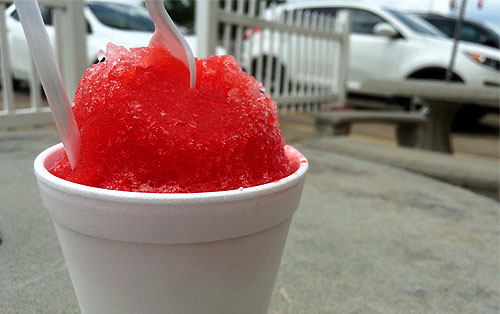 There’s been a trend as of late towards homemade syrups, unique flavor combinations and fancy schmancy toppings. Any and all riffs on the fabulous soft shaved ice and supersweet syrups are OK by me.

But there’s one combination all sour / tangy lovers should try STAT.

First, find a stand that serves sour flavors. (You’ll probably have to be physically located in Louisiana for this.) Usually you’ll be able to grab sour cherry, grape or apple. Lemon or lime might would work in a pinch, but you really want something that has been turned sour on purpose with citric acid. If the establishment offers Warheads spray as a topping, go ahead and throw that on top.

Then ask for the snoball stuffed with vanilla ice cream or soft serve. Now, hear me out. The combination of creamy and decidedly non-sour vanilla with sour and fruity syrup is the stuff of summertime magic. You’ll walk away from the stand with a stained tongue, but you’ll be refreshed for the rest of your day.

Or you’ll go into a sugar coma. Whichever. 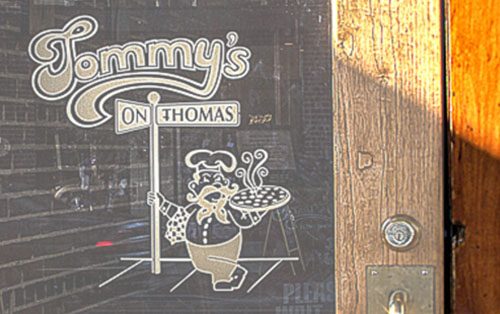 Tommy’s is located in another major Louisiana city entirely. But I’m including their pizza here because it deserves the recognition.

Tommy’s is known for its original sweet homemade pizza sauce. And when I say sweet, I mean it. It’s completely delicious. I’m sure they drop a tablespoon or 10 of white sugar into the pot. Use that sauce as a base for lots of salty toppings – as in the Combination Pizza – and sweet, tangy heaven has been baked.

What are some of your favorite sweet and tangy foods? Tell me in the comments!

Renee A. Simpson is a communications specialist in the Greater New Orleans area. For more information about her, visit www.melismaticdesigns.com.

I wanted to quickly share this information that I

I'm just going to pretend as if it hasn't been fou

Interrupting your scrolling with some perfect #MEL

Are you or someone you know a business owner that

Ever wanted to know about your family history but

A little photo of these lovebirds in honor of #nat

Get to Know Melismatic Designs LLC

Melismatic Designs LLC is a communications company based in Luling, Louisiana that helps businesses and organizations achieve their goals through web and graphic design, social media, and more – on a one-time or long-term basis.

Get the Fine Print